— or maybe I should just say Simchat Bat, rejoicing for a daughter. Arlene’s brother Ira’s stepson Scott and his wife Stacey (is there an E in that? maybe not) had a baby back in the fall who had severe medical problems as soon as she was born. After weeks or months in the hospital, touch and go for weeks, she seems to be well now. (kinehora — knock on wood). There was a big, anything involving Scott’s father is bound to be big, party in Milburn NJ this past weekend.

There was a very lovely ceremony in the synagogue sanctuary first, with everyone in the immediate family — and since Scott’s and Stacey’s parents are both divorced, there are four sets of grandparents all of whom participated — reading wishes for the baby and offering their blessings, and a woman cantor who chanted beautifully. Then there was a reception with bagels and lox and catering staff cooking omelets to order, more food than at some weddings you’ve been to. 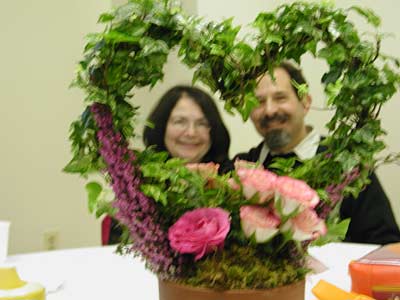 — Arlene’s Aunt Lee, who lives in Buffalo and doesn’t get to New Jersey even as often as we do, visited with Nathan (who I guess is Arlene’s first cousin once removed, but only 9 years older than Arlene) — 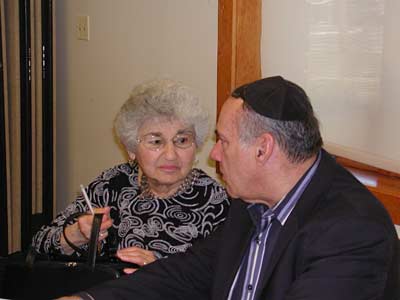 — Gena and her three boys 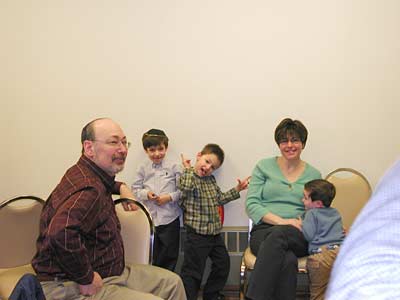 — Lee with Scott and his father — 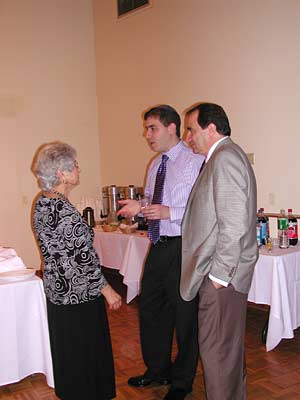 — and then we went to Ira’s house, where Gena’s youngest was building with blocks

— well, I took a lot of pictures in the hope of getting one good one, but got two good ones — 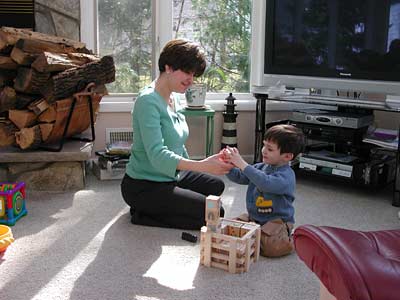 — and Joel played cards with the two older boys. 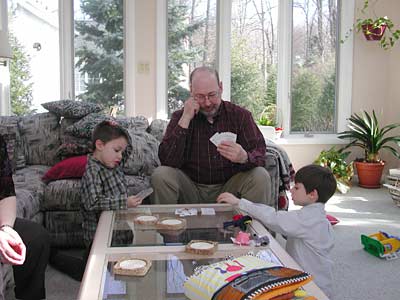 One reply on “Baby naming”